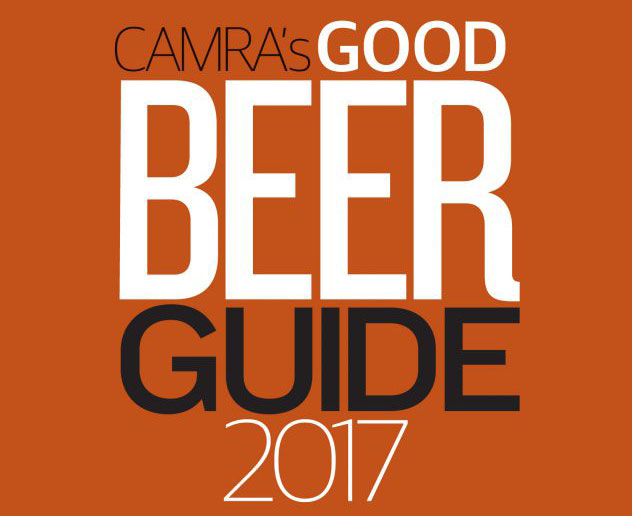 The guide is packed with 4,500 of the best real ale pubs in the UK and information on every real ale brewery currently operating and their key beers.

CAMRA, the Campaign for Real Ale is an independent, voluntary organisation campaigning for real ale, community pubs and consumer rights.

CAMRA has over 175,000 members across the world, and has been described as the most successful consumer campaign in Europe.

CAMRA supports well-run pubs as the centres of community life – whether in rural or urban areas – and believe their continued existence play a critical social role in UK culture.

CAMRA also supports the pub as the best place in which to consume real ale (also known as cask-conditioned beer, or cask ale) and to try one of over 11,000 different real ales now produced across the UK

We are absolutely delighted to be in the Good Beer Guide 2017. Thank you!